Your Tires' Wear Can Help Diagnose Other Issues 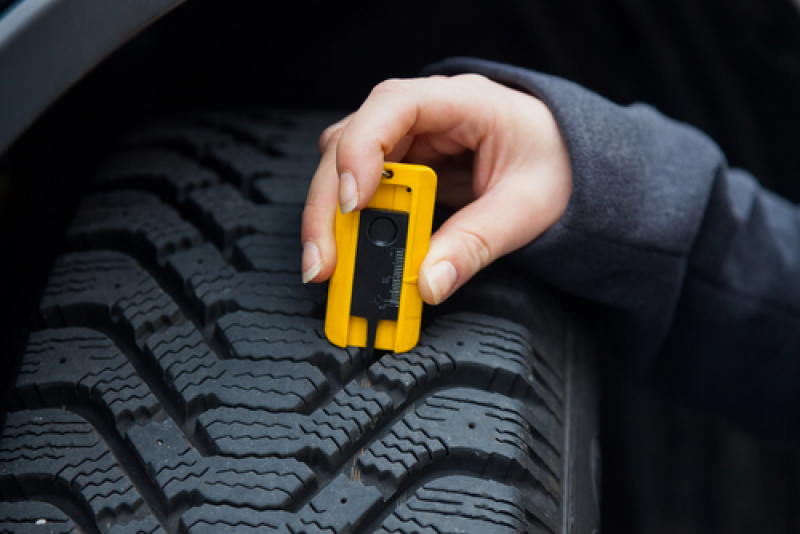 How often do you change your vehicle's tires? For many of us, that answer varies based on how the tread on the tires wears over time. Each tire is rated for a specific number of miles, but hitting that milestone doesn't necessarily mean a blowout is imminent or that you need to replace your tires immediately. Another metric is to simply count how long it has been since you replaced your tires. A general rule is to replace tires every six years, regardless of wear and tear. You can find a tire's age by finding the four digit number listed on the side. The first two numbers will be the week the tire was manufactured, and the second two numbers are the year. However you decide to replace your tires, inspecting them regularly can help you diagnose other potential problems. Here are some examples of tire wear patterns and what they could mean.

If the tread on a tire appears to only be worn down the middle of the tire, it probably means that's the only part of the surface area that's contacting the road. This is a common issue with over-inflated tires. Not only does this reduce traction, but it also causes tires to wear out faster since less tread is meeting the road. Check the recommended psi in your car's owner's manual, then check each of your tire's pressure. You'll want to re-check tire pressure a few times each year, particularly when there are significant temperature changes.

This is also referred to as "cupping" and refers to extra ridges, or hills developing along the edge of your tire. Rather than an issue with the tires themselves, this commonly means there's a problem with your vehicle's suspension. The hills form because the tires are constantly bouncing while in use, which could be caused by worn out shocks. If this pattern is only occurring in one or two of your tires, it could be an imbalance that's potentially fixed by rotating the tires.

You may notice that the tread on your tires is worn into a rounded edge on one side, but comes to a point on the other. This inconsistent wear is usually caused by a problem with alignment. This could be a problem with the alignment, or toe setting, itself, or the suspension, ball joints or wheel bearings could be throwing off the alignment.

Wear on one side

Another wear pattern caused by alignment issues is one-sided wear. Similar to wear being concentrated on the middle of the tire, one-sided wear occurs a tire is leaning too much towards that side, keeping the other side from properly meeting the road. Again, the alignment is the reason for this wear pattern, but you may have to fix other parts, like the springs, ball joints, or control arm bushings, to fix the problem.

Your tires have a significant impact on your vehicle's handling, ride, and braking. If you notice problems in these areas while driving your BMW, Mercedes, or Hummer H1, contact the experts at Benzin Motor Works by calling 918-728-6081.